We're All Here Because We're Not All There

from Alternoia by The New False Gods 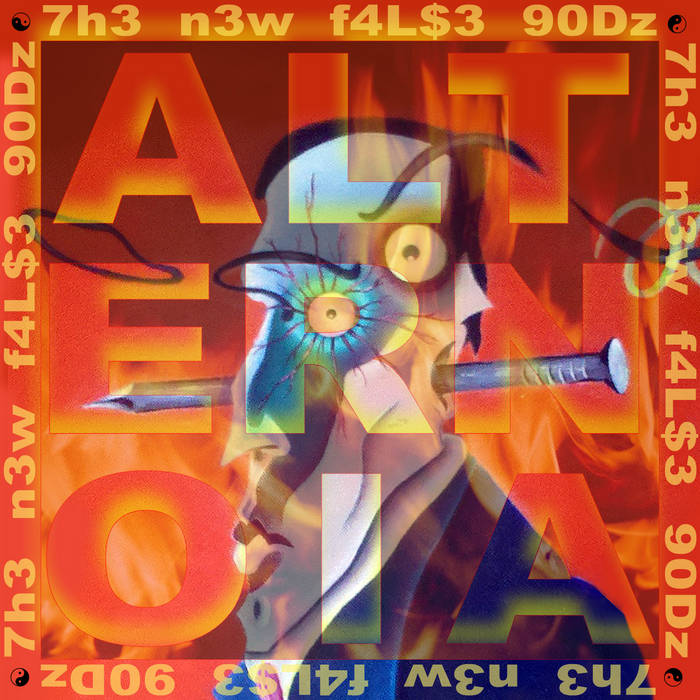 We're All Here... is a fine tune that could be related to Alternoid. The
fusion of the jazzy sounds with the noisier elements of the track
produces an excellent and relaxed piece of music that rolls
smoothly along. Truly summoning up the title, the music creates an
environment where the listener is not bound by any rules, laws,
mores, and can wander aimlessly, wrapped in a cool laid-back vibe
that tickles the edge of your perception. It could not happen any
other way...

Paul Harriman is a regular contributor on Electro-Music.com's radio station, and devotes time to helping the site and radio station's operations. An electronic musician since the 1970s, Paul has always been fascinated by electronic instruments and their relationship and interplay with nature and traditional instruments.
Paul played a solo part on We're All Here Because We're Not All There.
Web Site: harriman4.com

Jack Hertz works with real and artificial sounds to create intangible techno-organic impressions between music and noise. Jack has worked with many artists over the years and, like several of
the artists that worked on this album, he is actively involved with promoting music in all its forms, from radio shows on Stillstream to the recent S4G (Sound For Good) label that donates all proceeds to charity.
Web Site: jackhertz.com

Thomas Jackson Park of Mystified has been involved with music forever. He was trained in classical and jazz music as a teenager, and played the trombone and piano. His listening habits changed in the late 1980's, and Thomas became interested in electronic music. After several years of writing techno, he collaborated with Robin Storey of Rapoon. This project helped Thomas to evolve into the ambient / drone band Mystified. The music of Mystified is mainly of an atmospheric nature. Mystified says he participated in 7h3 n3w ƒ4£$3 90Ðz project because Jack Hertz is a cool dude.
Web Site: mystifiedmusic.com

MF DOOM is given his flowers, plus appearances from MC Jada Imani and Stanley Ipkuss