by Christopher Alvarado and Jack Hertz 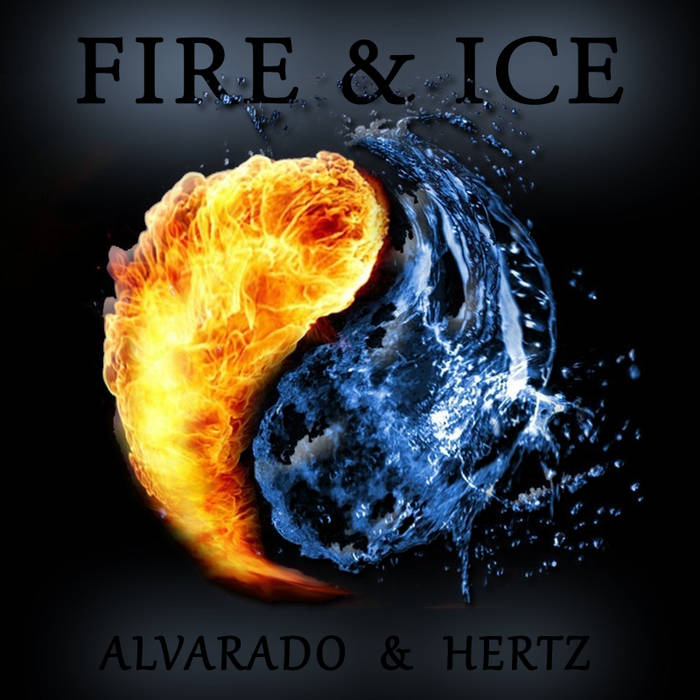 Some say the world will end in fire,
Some say in ice.
From what I’ve tasted of desire
I hold with those who favor fire.
But if it had to perish twice,
I think I know enough of hate
To say that for destruction ice
Is also great
And would suffice.

Christopher Alvarado and Jack Hertz have teamed up again to present us with an album of six brand new tracks called "Fire and Ice." They have tightened their sound on this project; covering different styles and feelings in the realms of hot and cold.

.
Christopher Alvarado is a multi instrumentalist who's primary methods of producing are sound manipulation, ambient and experimental music. Alvarado has been playing and performing since 1985 with diversified bands such as Harsh Reality, 23 Extacy, Little Sap Dungeon, and a plethora of others in the blues, punk(hardcore), industrial, gothic, folk, rock, electronic and now ambient and experimental genres. Alvarado has an interest in world anthropology and curiosity about how different cultures come to have similar yet different ideas in art, religion, and conquest. More information can be found at www.dungeon-recordings.com

Jack Hertz works with real and artificial sounds to create intangible techno-organic impressions between music and noise. Jack has worked with many artists over the 30 years he has been playing. He has released nearly two dozen albums on netlabels around the world and receives regular air play on many radio stations. More information can be found at www.jackhertz.com

Sound for Good is a record label that publishes and promotes new music as a means to support good causes. This is an independent project that is supported directly by the artists and is not for profit or monetary gain in any way. All the artist's time and every dollar we raise are focused on supporting a good cause. Check the catalog site for all our release at sound4good.bandcamp.com

MF DOOM is given his flowers, plus appearances from MC Jada Imani and Stanley Ipkuss